Flipping Out Over the ZenFone 8 Flip - R30 Tech Review

Built with a combination of aluminium and glass that has a curve on the rear to help it sit more comfortably in the palm of your hand. The phone comes in an option of two fairly standard colour designs the Glacier Silver and Galactic Black.

Let’s dive straight into the main talking point of the ZenFone 8 Flip which is, of course, the flipping camera system that allows the three rear-facing cameras to “flip” around the device to face the front. It’s not new technology now as it’s been available from  Asus since ZenFone 6, but now it feels more refined, with a new motor for better performance and finer control. It certainly feels like a sturdy integrated piece of the phone rather than a tacked-on gimmick.

“But what if I drop my phone and damage the flip component?” is a question we’ve all wondered. That’s where the “G-Sensor” comes in, it detects a change in gravity and immediately shuts the flip to secure it for impact. It sound’s like something that couldn’t possibly work but the tests we’ve done absolutely prove it to be true.

The flip can also be controlled, so you can use it to create some amazing panoramic images or even use your phone as a mini tripod, laying it flat on the surface while your camera is up at a right angle capturing the action.

Naturally having the same high-quality cameras accessible from the front and back of the phone is a major plus when you talk about the quality of recording but the actual bonus is both for aesthetics and practicality use. Having no front-facing camera on the glass side of the phone means no “bezel bumps” or even camera dots in the middle of your screen that take you out of the image on your device. This makes the whole screen of your device one large seamless glass panel, and that is a major plus. Because it offers support for HDR10+ content you can watch the best quality content on the device on the full screen. 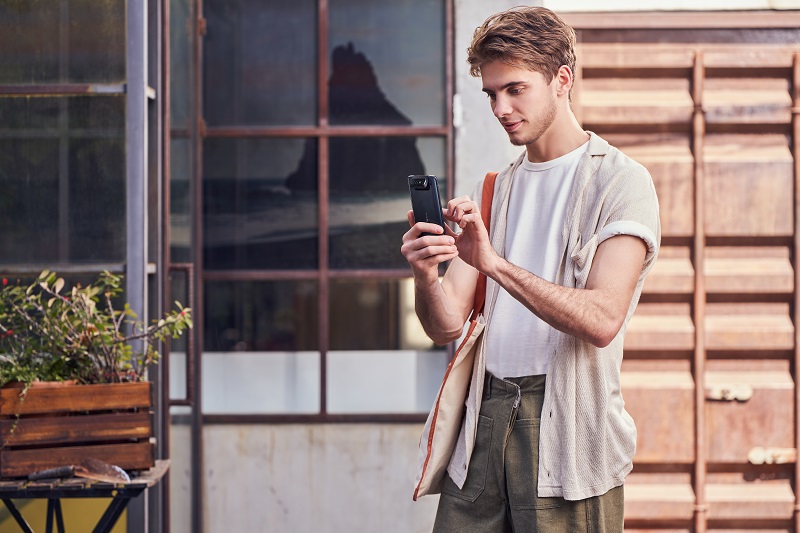 Talking about the quality of the camera system itself includes a 64Mp Sony IMX686 camera capable of recording up to 8K at 30fps video. It’s paired with a 12Mp ultra-wide sensor and an 8Mp telephoto lens with 3x optical zoom. So there are multiple applications of use for photography or video, even if you want to shoot slow-motion in 4K at 120fps. 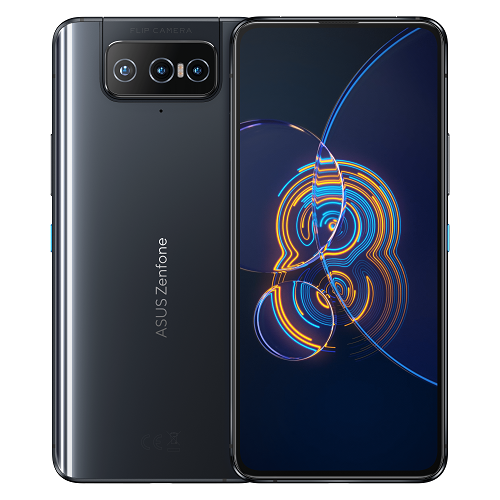 While the camera system will capture all the headlines for the device the performance is this smart phones most powerful feature. Using a 6.67in AMOLED screen with a 90hz refresh rate and boasting a 1ms response time means the display reacts to your commands quickly with no lag. There is also plenty of storage to download your apps and games which all run well thanks to the snapdragon 888. There are only 8GB of RAM which does the job but could perform even better with 16 like its sibling the standard ZenFone 8.

The 5000mAh battery might add to the bulkiness of the device but it delivers the power you need to get through a whole day with your phone brightness up high. You’ll need to pop it on the charger at night, but the superfast charge means that quick-charge will get you to 50% in half an hour.

The phone has lots of powerful features but one issue is that there is no water or dust resistance which is odd considering there’s no headphone jack which is generally the issue. All the moving parts probably hinder it in this area, but it’s not a deal-breaker, just don’t dunk your pricey device in water.

ASUS has developed a powerful device that feels about as futuristic as you can get. The flipping camera has lots of practical use making it more than a gimmick and with a stack of processing power and battery life, it’s a phone that should last you a few years.

By Doccy Darko (Official Tech Reporter of the Random 30)