William, Harry and the Queen Speak Out! 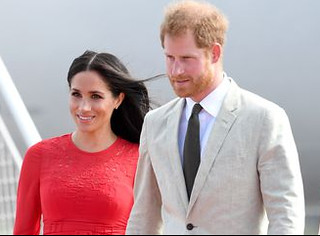 After the royal kerfuffle of the past week, finally key players have spoken out after a meeting of the family today.

First off, Prince William and younger brother Harry have denounced an “offensive” newspaper report about their relationship.

The Times, citing an unnamed source, reported that Harry and Meghan had been pushed away by “a bullying attitude” of William who had not been welcoming to Meghan.

A statement issued by the offices for William and Harry said “Despite clear denials, a false story ran in a UK newspaper today speculating about the relationship between The Duke of Sussex and The Duke of Cambridge, For brothers who care so deeply about the issues surrounding mental health, the use of inflammatory language in this way is offensive and potentially harmful.”

BREAKING: Prince William and Prince Harry have said an "offensive and potentially harmful" newspaper report published today about their relationship is false.

Next - The Queen went public with the results of the family meeting.

"My family and I are entirely supportive of Harry and Meghan's desire to create a new life as a young family," she said.

"Although we would have preferred them to remain full-time working members of the Royal Family, we respect and understand their wish to live a more independent life as a family while remaining a valued part of my family."

“Harry and Meghan have made clear that they do not want to be reliant on public funds in their new lives,” she said.

“It has therefore been agreed that there will be a period of transition in which the Sussexes will spend time in Canada and the UK.

“These are complex matters for my family to resolve, and there is some more work to be done, but I have asked for final decisions to be reached in the coming days.”

The Queen used unusually personal language in the statement - excluding official titles and making it a family matter, using "Harry", "Meghan" and "My Grandson".